The European Antibullying Network – EAN, of which ACCESOphia has been a member since June 2018, organises a series of 3 online live streaming meetings during which experts engage in a moderated discussion on the evolution of the concept of Bullying and major Anti-bullying topics in honor of Professor Dan Olweus.

Professor Olweus was generally recognized as a pioneer and founding father of research on bullying and as a world-leading expert in this area, both by the research community and by society at large. He was also the first to study teachers who bully students. In the early 1970s, he initiated the world’s first systematic bullying research. In the 1980s, he conducted the first systematic intervention study against bullying in the world, which documented positive effects of what is now the Olweus Bullying Prevention Program. The success resulted in Professor Olweus leading a nationwide government initiative to implement OBPP throughout all Norwegian elementary and junior high schools. Professor Olweus received a number of awards and recognitions for his research and intervention work.

About the European Antibullying Network – EAN

The European Anti-Bullying Network was created in January 2013 in the framework of the EU-funded project “European Anti-bullying Network” that “The Smile of the Child” implemented as coordinator. The Network was established in 2014, counting today 21 members from 14 countries across Europe. EAN is an active network of organizations working in and across Europe to combat the phenomenon of bullying and school violence.

Please note that the Online Meetings will be held through Webex in English with the generous support of the keynote Speakers and the Organizing Committee. No registration fee required. 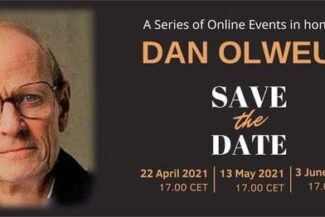